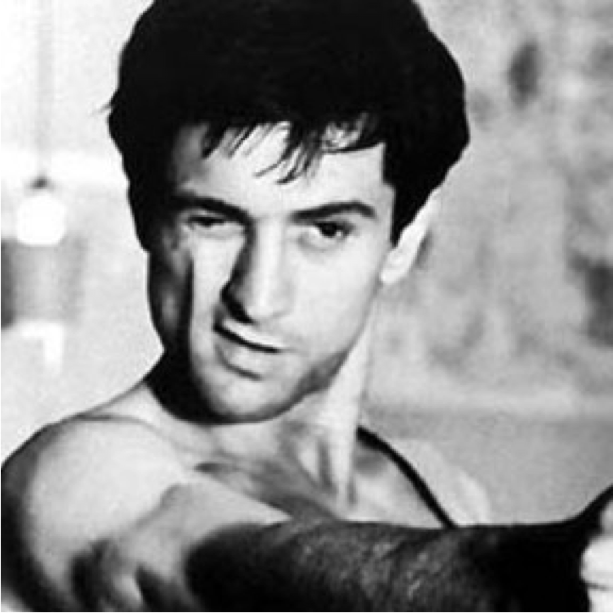 This class project is one of my favorites; one that I wished I did back in grad school. But back then, all we got was the same anecdote about industrial designer Patricia Moore who in the early 1980s disguised herself as an elderly person to learn what everyday life was like for them.

This story was always trotted out when a professor wanted to talk about “understanding the user.” Yet the story stuck with me and at one point it occurred to me the similarities it has with method acting. So I thought the lesson on empathy could be really driven home by having students literally try walking in someone else’s shoes firsthand.

I began by talking about how incredibly difficult it can be to divorce yourself from the product you are designing, especially if you are not the intended customer or anyone in your immediate circle of friends/family. It is all too easy to slide back into human nature and forget that not everyone has your same perspective and experiences. In this way, we can unintentionally make assumptions, overlook barriers or otherwise not consider critical information. And this is where empathy can become an exceptionally valuable skill.

To learn more about empathy, I divided the class into several teams and each team adopted a scenario and a “scavenger hunt” of tasks to complete. The goal was not really to learn about what it would be like to live as these people but to understand how many everyday, routine things are perceived very differently once you alter the context or circumstances.

Team Wheelchair had a manual wheelchair. They had to get to specific public transit stops, including the Skytrain and the bus, and then use the wheelchair to navigate through different public spaces. The wheelchair user also had to bring an umbrella and heavy goods.

Team Twins had a Safety 1st brand double stroller with fictitious twins (a couple of heavy but quiet 10 kg sacks of flour). They also were asked to use specific public transit stops to get to a doctor’s office as well as a run a few assigned errands.

Team Elderly wore blurred glasses, plugged their ears and restricted their joint movement. They too used specific forms of public transit and had to complete a set of typical errands like using an ATM, go shopping for products circled in a flyer at the store, and buy a drink.

I tagged along with Team Wheelchair in the beginning. Truly, it was quite embarrassing to realize how poorly designed some things are in this city. Take the Skytrain — the most efficient way of getting around the city during rush hour. It is in fact impossible for a manual wheelchair to get from the platform onto the train due to a slightly raised lip (perhaps 1cm at the most) between the two. One student almost flipped over the wheelchair in attempting to do so.  (Ah ha…it dawns on me that is why I’ve never seen a manual wheelchair on the Skytrain). The elevator access was abysmal as well.  Getting to the train from the stadium at Stadium/Chinatown was an exercise in frustration as numerous elevators were down. In the end, it required a laborious extra two block trek uphill to get to a functional elevator. Finding an accessible bathroom at Pacific Centre, a large downtown mall, should have been straightforward…yet it was not. It was labelled as accessible but had a heavy door that you were to push. How can someone in a wheelchair push a heavy door? We tried, and couldn’t. And did you know that a simple manhole cover can throw off your whole rhythm, sending you straight for the curb if you don’t watch for every aberration in the sidewalk?

As for Team Twins, I won’t belabor the inadequacies of strollers and other infant accoutrements, which I’m sure are well-documented already. But note that three Masters students spent over 10 minutes attempting to unfold a Safety 1st double stroller and ultimately gave up.  Industrial designers and manufacturers, I beg of you to spend some time studying parents before going to the drawing board.

I also followed Team Elderly who were charged with the mission of finding a few sale items (laundry detergent and cat litter) featured in a flyer at Canadian Tire, one of those ubiquitous big box retailers here in the Great White North. Our “elderly” vision-impaired student struggled with finding the correct aisle. She then thought she found it after finally finding signage that indicated it was “All Purpose Cleaning.” In actuality, it only had automobile cleaning products. But with her blurred glasses, one row of cleaning products looked much like the other and it took her many minutes to discover this.

When she finally located the correct aisle, she had to uncomfortably crouch down to read the minuscule shelving label to see the product name and most importantly, its price.  Surprisingly, this retailer apparently does not believe in common visual merchandising techniques like printing large bold signs for all sale products. We spent at least 10 minutes in the detergent aisle waiting for her to locate the product — and not a single employee was spotted to help her during this time. Even the 20/20 vision members of the group were unable to find the product either! (finally a small shelf label was found but no product remained). As for the other product she was supposed to locate–“Purina Maxx” cat litter on sale in the weekly flyer–the photo did not look anything like the product on the shelf, making it very difficult to locate the correct product.

Lastly, to add to the pain of these tasks, there was the issue of the shopping basket. In Vancouver, real estate is limited and carts are often stolen. So the shopping basket is much more commonplace. Carrying one weighted down with heavy goods is bad enough when you’re able-bodied, but with iffy joints it becomes downright unpleasant.

Have you tried opening a twist cap when your hand has been injured?

In this case, the student’s joints were taped to simulate arthritis and we watched with bated breath, watching the painful process of her twisting it open against her body and hoping the Coke did not sully her white sweater.

All in all, hopefully a very enlightening use of 2 hours for the students.