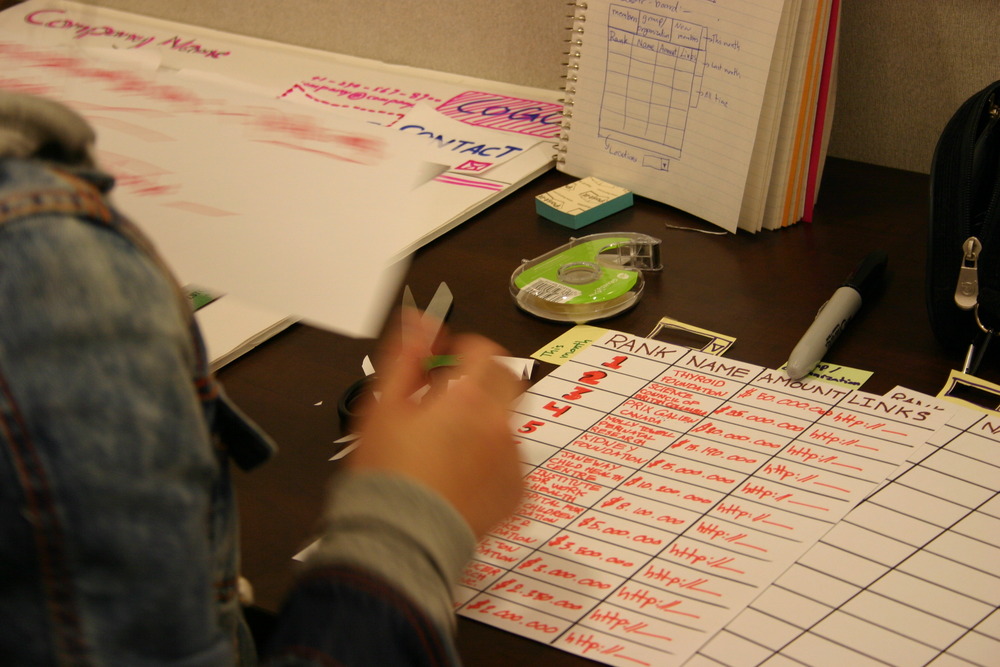 This week’s class focused on rapid assumption prototyping. Here’s what this team came up with.

As a reminder, here’s what Team 4’s problem statement was:

St. Juno’s has been interested in the idea of gamification and incorporating some commonly found gaming elements into their auction site. They would also like to open up auctions to groups as well, both on the donation as well as bidding side. They have pointed to Kiva’s community as something that they would like to emulate, in particular the concept of a leaderboard and rankings, as well as the idea of creating/joining groups. The prototype should demonstrate how users would access the leaderboard and rankings, how these features would function, and what information would be displayed.

This team had the markers flying soon after prototyping commenced because they had the workflow mapped out in advance. Their prototype was by far the most colorful and elaborate. They made good use of accordion folding for drop down menus and used small post-its to represent tabbed navigation which was a lot of fun.